As part of an ongoing series of articles that examine native and invasive species found in our region, here we present the Asian Carp and the Pickerel Frog 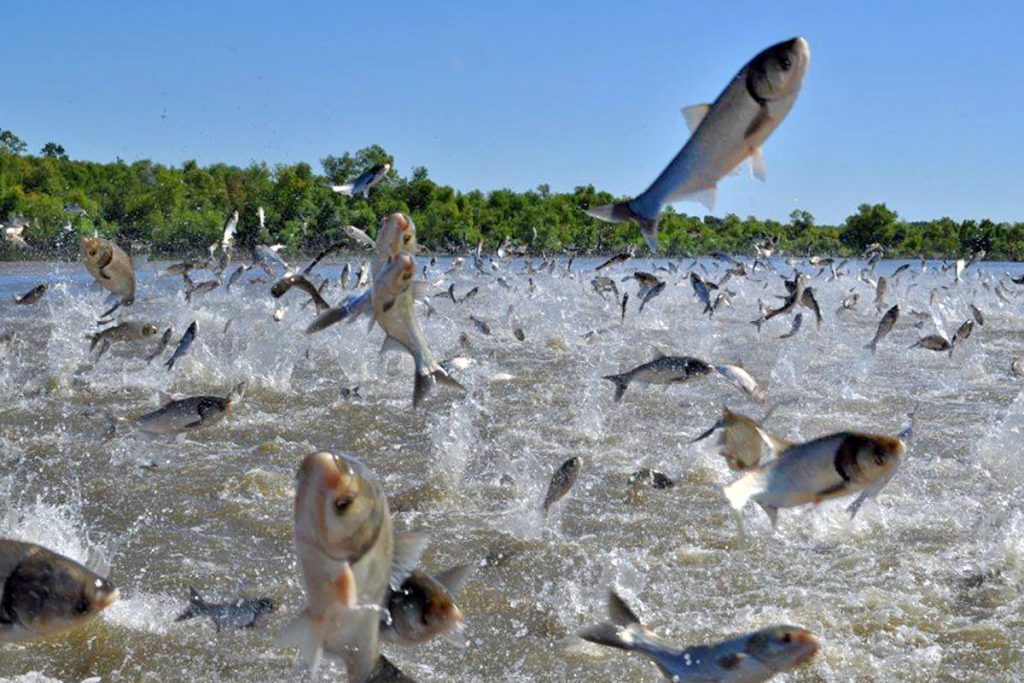 The Asian Carp refers to a number of carp species such as the big head carp, silver carp, black carp and grass carp. These carp all originated from Asia. They were first introduced in the 1970s to the United States for aquaculture ponds and in the fish markets for consumption. By the 1980s they found their way into the Mississippi River and are now in waterways throughout many states. Adult Asian Carp have no natural predators in the United States which is why they have become a threat to natural vegetation and native fish species.

Silver Carp can also cause human and economic damage. When scared by the sound of boats or motors they can jump up to ten feet into the air. This can lead to physical harm to the people on the boats along with destruction to any belongings and equipment.

Asian Carp were brought to New York to be another source of fish to eat and can now be found in a number of lakes, ponds and rivers throughout the state. In New York most Asian Carp grow to be between 10 to 30 pounds. The webpage below gives more information about the different species of Asian Carp and their impacts and prevention. http://nyis.info/invasive_species/asian-carp/ 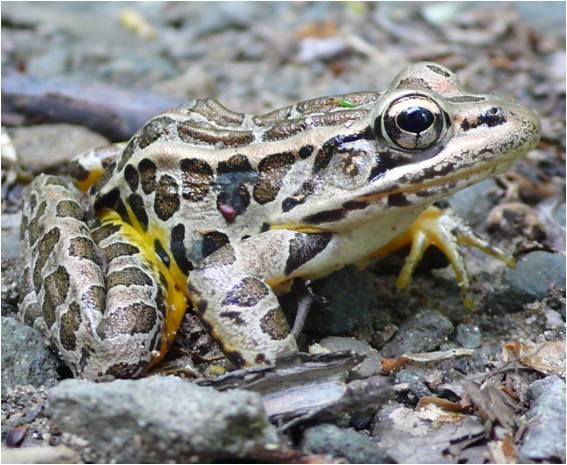 The Pickerel Frog is native to New England and can commonly be found throughout New York. They prefer shallow water and shorelines with herbaceous vegetation, but can also be found in other wetlands such as damp woods, meadows, and moist areas. They feed on small terrestrial invertebrates along with aquatic invertebrates. The Pickerel Frog is usually about 1.7 to 3 inches and consist of brown spots in rows going down its back with a brown to green background. Its dark spots often confuse it with the Northern Leopard Frog. A way to tell them apart by their inner thigh. The Northern Leopard Frog has white inner thighs while the Pickerel Frog has a yellow or orange inner thigh.

During the spring you can find Pickerel Frog embryos under water surfaces attached to vegetation. The embryos are light brown to yellow and can be in clumps of 2000 to 3000. The tadpoles are hard to tell apart from most others besides for their brown spots over their bodies and pointed clear tail. You can find more information about amphibian identification on the DEC webpage. https://www.dec.ny.gov/lands/82722.html