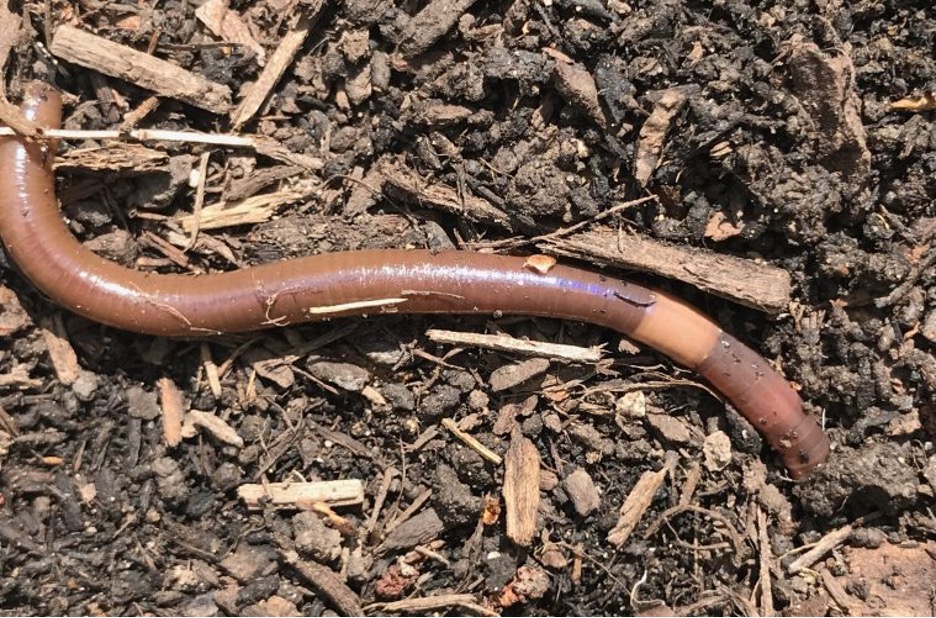 This month’s featured invasive species is actually several species collected under an umbrella common name. Asian jumping worms. There are at least three species under this common name, including Amynthas agretis, Amynthas tokioensis, and Metaphire hilgendorfi. They are also sometimes known as Alabama jumpers, crazy worms, snake worms, wood eel, and Jersey wrigglers. Jumping worms can be identified by their white clitellum, which is a layer of skin near the head of the worm, which is often pink and raised in other earthworm species. They thrash and jump around when handled which is where their name originates.

They are native to Japan and Korea, and were likely accidently introduced through the importation of Japanese cherry trees. The last glaciers in New York wiped out our native species of earthworms, and the species you are likely to find in your garden now are likely of European origin. Asian jumping worms differ from European worms in ways that make them an especially problematic invader.

Jumping worms process soil differently than European earthworms, which changes the overall composition of the soil. Jumping worms live closer to the soil’s surface, and convert organic matter into worm castings, leaving the ground with a distinctive, grainy, ground-coffee look. These castings are more easily eroded, which causes the soil to lose nutrients. Jumping worms also consume organic matter at a higher rate than earthworms, which can quickly strip a forest floor of nutrients, food, and habitat for wildlife. Earthworms on the other hand process organic matter deeper in the soil which introduces nutrients. Native plants, invertebrates, and vertebrate biomass is often reduced in areas where jumping worms have invaded aggressively. 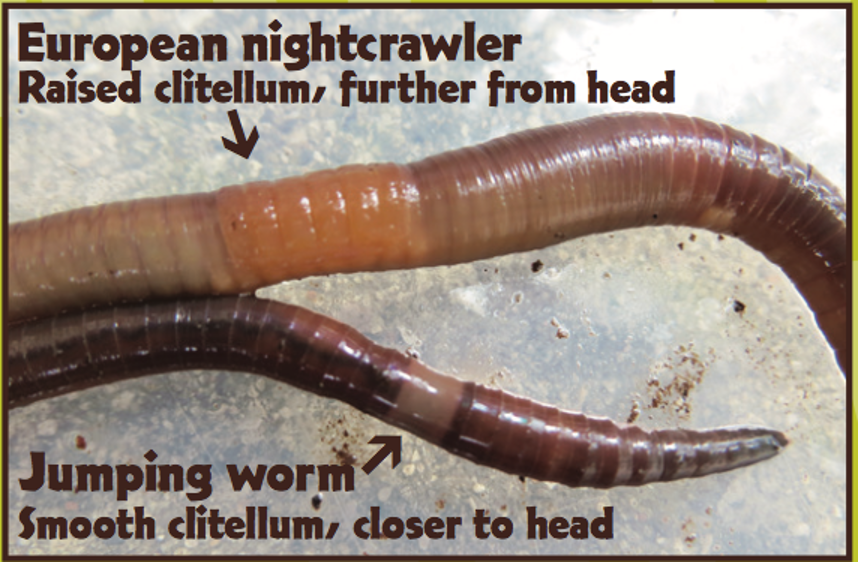 Individual jumping worms live one year. Young jumping worms overwinter in small, brown cocoons in the soil, while adults die as winter begins. These cocoons are camouflaged well in the soil, and therefore can spread easily through mulch, potted plants, and equipment.

As a result, the NYSDEC prohibits the sale, import, purchase, transport, or introduction of jumping worms. Sightings can be reported to www.nyimapinvasives.com. You can use a mustard pour to check for jumping worms on your property. This involves pouring a 1/3 cup ground yellow mustard:1 gallon water solution over your soil, which will cause worms to move to the surface, without harming your plants. Once the worms are at the surface, you can identify the jumping worms and remove them. It is recommended to place them in a plastic bag in the sun for ten minutes to kill them. There are currently no control methods for earthworms, but there are still steps you can take to stop the spread including: buying mulch that has been heat treated to kill cocoons, checking for worms or cocoons when moving plants, equipment, tools, and vehicles, and not buy jumping worms for bait, composting, or any other purpose. 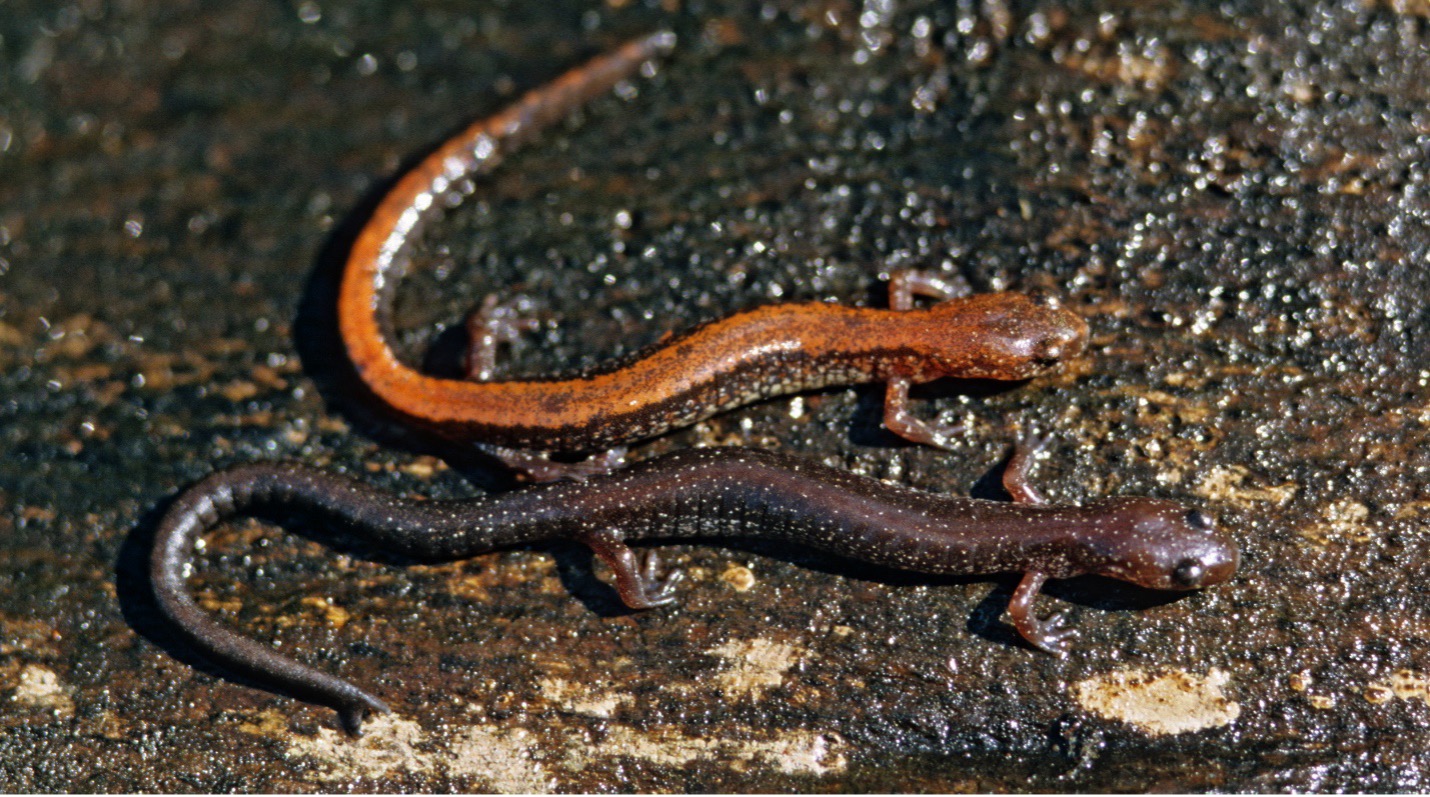 Another critter you may find in the leaf litter or soil, especially under rocks or logs, is the eastern red-backed salamander (Plethodon cinereus). They are small, 2 to 4 inch salamanders with a dark red stripe down their backs. Sometimes individuals can appear entirely dark grey. This color morph is often referred to as “leadbacks.” Both morphs feature black and white mottling on their undersides. 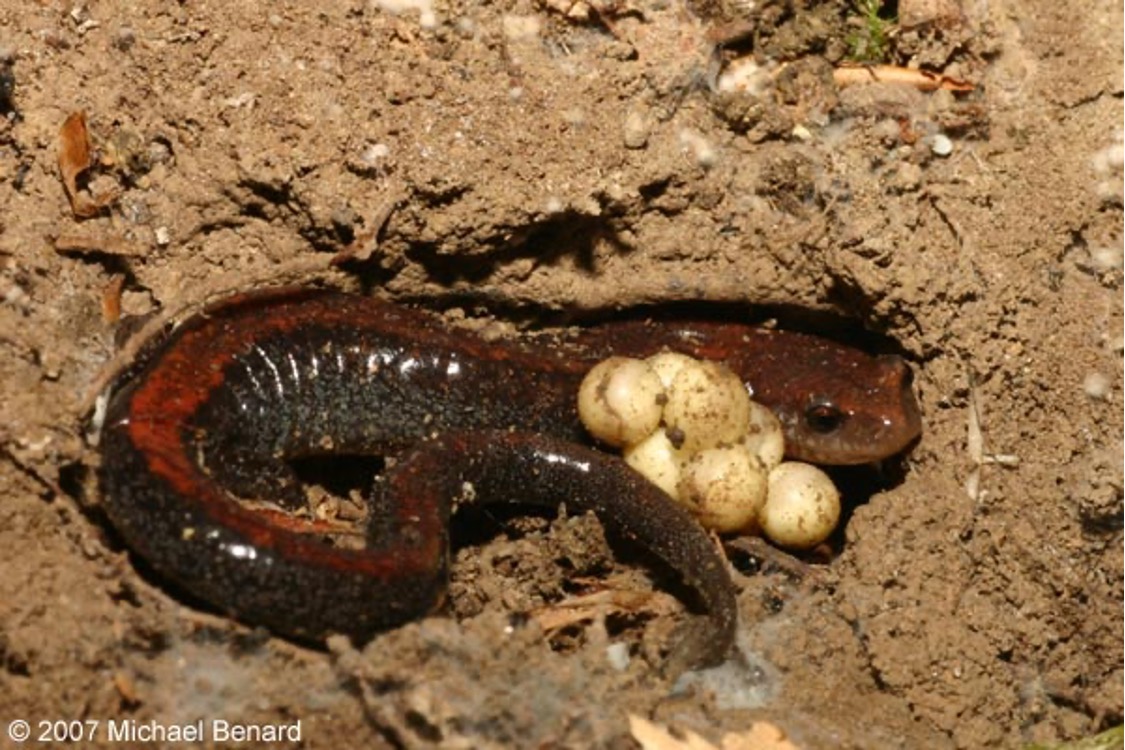 Red-backed salamanders need to stay moist in order to breathe, as they lack lungs, and instead breathe through their skin. This is why you can often find them out during the wet spring months, while during the drier summer months they generally remain under logs or stones in the soil where moisture is retained. The drier it is, the further the salamanders will burrow into the soil and leaf litter to remain moist. Unlike many other salamanders which reproduce in water, red-backs complete their lifecycles terrestrially. They lay eggs under rocks or decomposing logs, metamorphose within the egg, and emerge as adults. Females lay eggs in late summer and guard their clutch until hatching a month later.