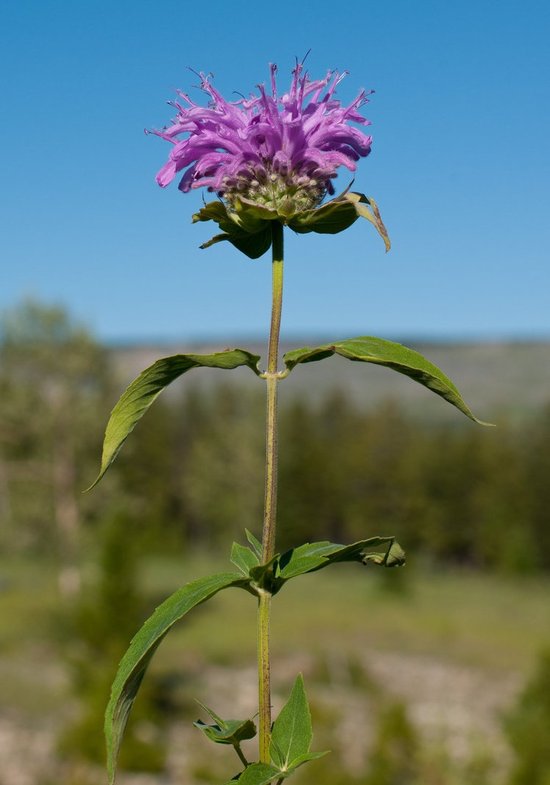 Wild Bergamot, or Monarda fistulosa, is a common wildflower in North America: from the Rockies to the Adirondacks.  The Monarda genus is a classification of the mint family: Lamiaceae. Stems of the Monarda genus are branched, square, and hairy while the leaves are simple, serrated, and opposite. The fragrant flowers are two lipped and tubular.  This herbaceous perennial blooms during summer and fall months.  In Ulster County, we often find the pale lavender species, Monarda fistulosa, sprinkling our fields, forests, and hilltops. Also known as “purple bee balm”, Monarda fistulosa is a nectar source for butterflies, hummingbirds, and bees.  These flowers are commonly included in home gardens to attract pollinators.  The red variety, Monarda didyma, is also commonly found in Ulster County. This species is also known as “Scarlet Bee Balm” or “Oswego Tea” and has striking red flowers.

Monarda fistulosa commonly sprouts in dry rocky woods, unplanted fields, or dry prairies.  Monarda flowers are also commonly added to home gardens, as they add a splash of color and attract pollinators.  In order for the flowers to flourish, the soil must have good drainage and receive six hours of direct sunlight per day.  If the flowers are in partial shade, overly moist, or crowded conditions, then they become susceptible to powdery mildew: a common fungal disease that affects a wide variety of plants. When infected, the plants appear as though they have been dusted with flour; a layer of white fungal spores will build up on the upper leaves and spread via wind.  Many home-gardeners will treat powdery mildew by creating a baking soda solution that can be sprayed directly onto fungal spores. This simple solution is created by diluting a teaspoon of baking soda in a quart of water.

Monarda fistulosa is more than just a pretty flower; this purple wildflower is a natural remedy for dozens of ailments.  More specifically, Native Americans have been utilizing the antiseptic and medicinal properties of Bee Balm for centuries. Wild bergamot is in fact edible and has a plethora of uses, including a variety of medicinal salves and drinks. Natives commonly used the antiseptic properties of Monarda fistulosa to treat wounds, throat infections, and headaches. The wildflower was also commonly turned into a salve to treat bee stings, giving the purple flower the nickname “bee balm”. Wild bergamot was even used to season wild game, especially birds.  The scarlet variety, Monarda didyma, was commonly brewed into Oswego Tea: a medicinal drink which soothed throat infections.  This practice has not changed with time, as Wild bergamot is still brewed into a variety of herbal teas today. Although the word bergamot may remind you of the citrus fruit, the wild bergamot flower is of no relation to the bergamot citrus flavor found in a cup of earl grey tea. Wild bergamot is also commonly used as a crunchy, fresh salad garnish. 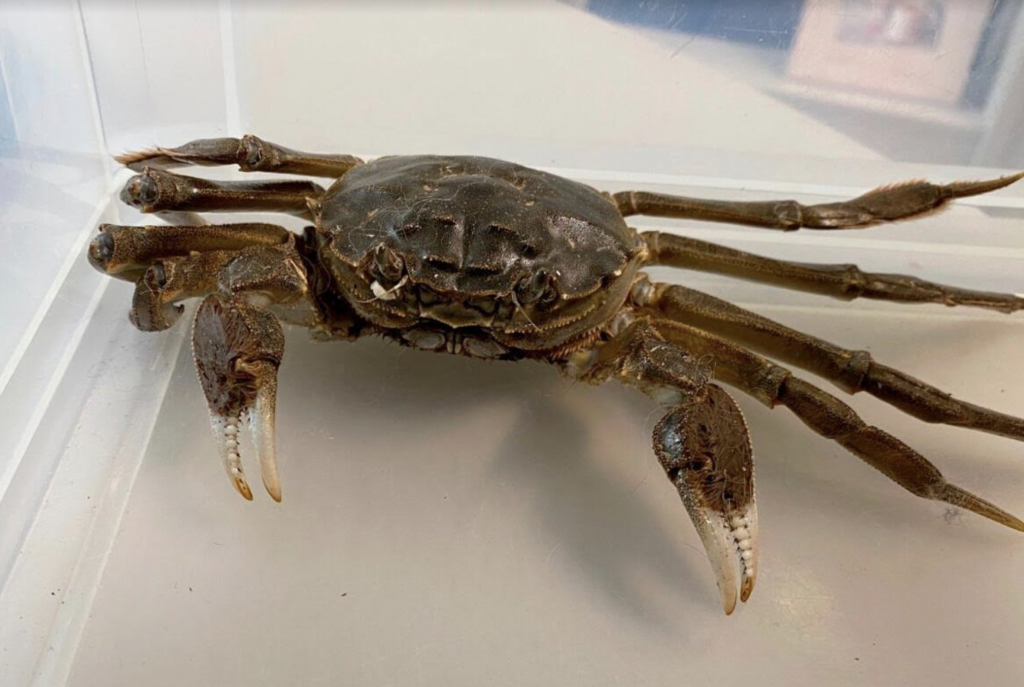 True to its name, the Chinese Mitten Crab has two hairy, white-tipped, mitten-like claws.  Their shades range from light brown to olive green and have 8 sharpipped walking legs.  These crabs have a smooth, rounded body shape, and legs twice the length of its carapace width.  A notch can be seen between their eyes, and they have four lateral carapace spines.  The crab is omnivorous; it will feed on aquatic plants, marine invertebrates, algae, and fish eggs. The Chinese Mitten Crab is catadromous; the crabs live in freshwater but reproduce in saltwater ecosystems.  These crabs are often found in marshes, rice fields, lakes, rivers, creeks, estuaries, and intertidal areas.

The Chinese Mitten Crab is native to the Pacific coast of China and Korea.  The crab was first identified in the Americas in California, 1992. It is widely believed that the crab migrated to the east coast of North America due to coastal commercial shipping activities, as it was then spotted in 2004 in the Saint Lawrence River. In 2005, the crab was discovered in the Chesapeake Bay and in June of 2007, the crab was found in the Hudson River, near the Tappan Zee Bridge. Juvenile crabs were spotted upriver shortly thereafter, indicating the crabs are reproducing in the Hudson.  The sightings decreased, until a crabber caught a Mitten Crab near Yonkers in 2018. As of 2022, there have been several sightings up the Hudson River and along the coast of Long Island.

If you catch a Chinese Mitten Crab, do not under any circumstances throw it back into the water; keep the crab and freeze it.  If you are unable to freeze the crab, preserve the crab in rubbing alcohol. Note the date, the method by which the crab was caught, and the GPS location where the crab was found.  Report the catch to isinfo@dec.ny.gov or call 518-402-9425.